Okay, first let's clear up some techno-speak. An "instance" is just a word for one occurrence of an application running in memory. If you were to open up Task Manager while running EpicTable you'd normally see EpicTable.exe once in the list of running applications.

There can be only one...

It's important that there is is only one EpicTable instance, because EpicTable writes to its own database and local data files, and it listens for messages from other players. You really don't want two EpicTable instances fighting over those things--one would change something, and the other might be trying to change it at the same time, so one could fail or overwrite the other.

...except when there are more than one

The exception to this "one EpicTable instance" rule is that there can be one per user. I'm talking about Windows users, not EpicTable users. When you login to Windows (even if you don't use a password and are logged in automatically), you're logged in as a specific user. It's in that user's data directory that EpicTable stores its data. Windows itself forces the one login per machine, per user. It's totally okay for multiple users to be logged in and running applications at the same time on the same computer. People just don't often work that way.

Why would you want to do this?

The reason I do it is to test EpicTable-to-EpicTable communication. I want to run two or more EpicTable instances so I can make sure that they're all getting each other's messages and responding appropriately.

The reason one of you might want to do it is if you're running a face-to-face game and you want to put the maps, etc. on a big screen for the local players.

Now before you jump into this, let me point out that there are arguably better ways to achieve this. The "Player Screen" was developed specifically for face-to-face groups. Someone recently pointed out, however, that sometimes the fact that each map has its own Player Screen can be a pain to manage. There's a feature request (which might be added to ET1, but definitely will be in ET2) to allow the GM to send any map to the one-and-only Player Screen, rather than (or maybe in addition to) having one Player Screen per map.

If you run a separate EpicTable instance, you can have the entire player experience, not just one map tab, in another window, and you can drag that onto your shared monitor. Some people do that by having a second computer attached to that monitor, but that has its pros and cons--maybe the biggest con being that you need a second computer with its own mouse, keyboard, etc. Instead, you can run a second EpicTable instance on your computer. The trick is, you have to run it as another user.

How do I run another EpicTable instance?

You need to run this second EpicTable instance as another user, so first, you need another user. You only need to do this once. Thereafter, you can run EpicTable as this user all the time. The following describes how to do this. If you already know, you can skip to step 2. Note that these instructions are based on Windows 10 Pro. It may vary somewhat on Windows 10 Home Edition or Windows 7, but it's basically the same process. You must be an Administrator on the computer to add users.

Click the Windows Start button and type "user". This screen will come up. Click "Add, edit, or remove other users". 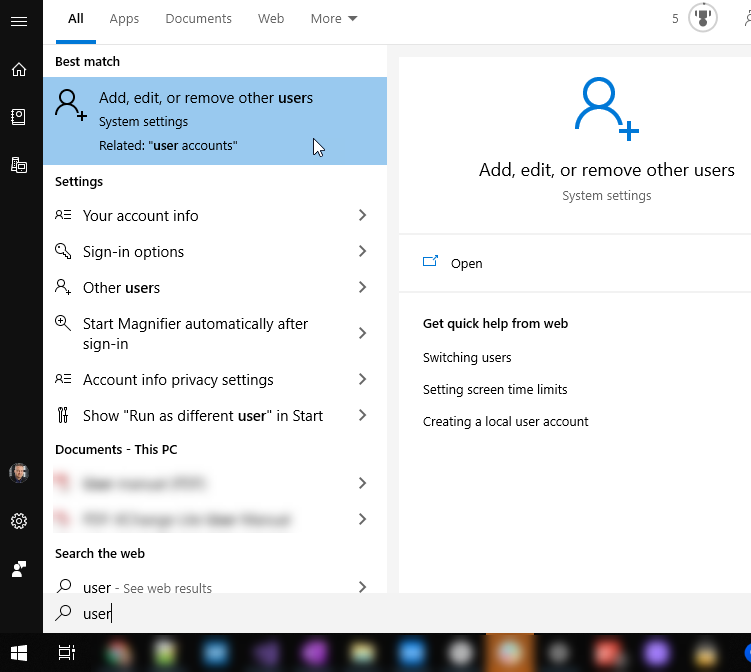 This will pop up a window that shows the current accounts on your machine, and after that list, there's an option to add an account. Click "Add someone else to this PC." 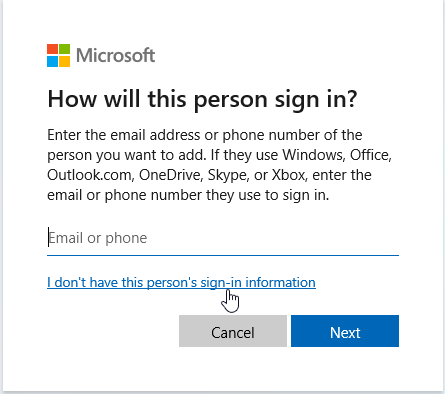 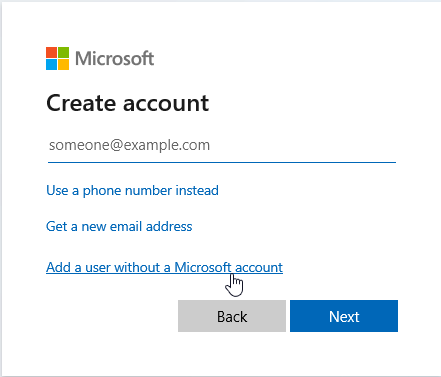 Now fill in the username and password. Because this is a made-up user for your second EpicTable instance, use whatever username and password you like. Windows will also make you provide password recovery questions. As long as this isn't a shared computer, where you might be worried that someone else will use this account, you can breeze through these questions. If you ever forget the password, you can just re-assign it. 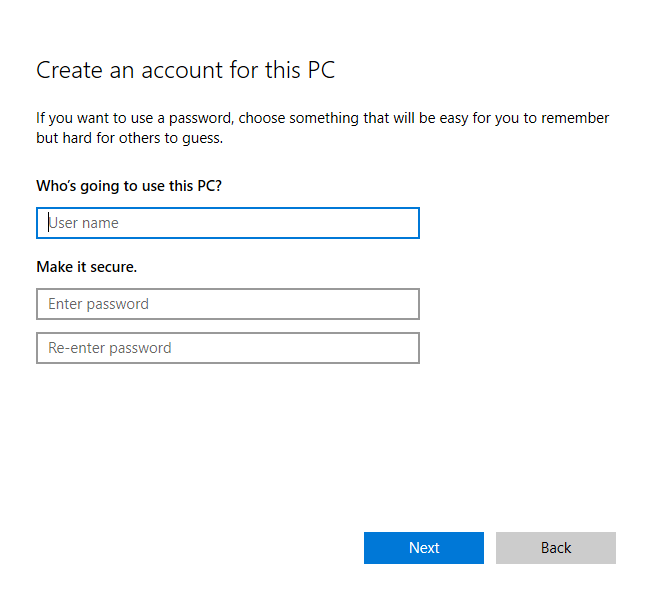 2. Run EpicTable as another user

Now that you've identified another user account for EpicTable, you're going to run EpicTable as that user without logging in as that user. This is a little convoluted. At the end, I'll show you how to do it in one step.

Find EpicTable in your Windows Start menu, right-click, and follow the cascading menu from "More" to "Open file location". (There used to be an option to run as another user right here, but Microsoft has since removed that. There's supposedly a registry entry that will restore it, but let's not edit your registry today.)

This will open Windows Explorer (not to be confused with Internet Explorer) to the directory on your disk where the EpicTable shortcut lives. Hold down the Shift key and right click on the EpicTable shortcut. A menu--probably a very large, cluttered menu--will pop up, and in that menu will be an option to "Run as different user". 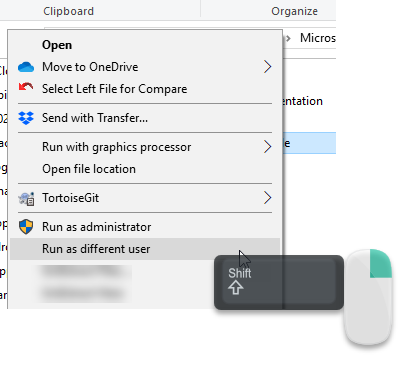 Windows will pop up a login dialog. Enter your new user's username and password. 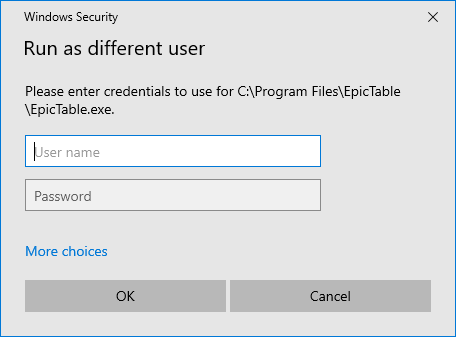 That's it! Once you've done that, EpicTable is now running as the new user. You'll invite this new user to your game from your main user account, just like you would anyone else, and the new user will have to use Accept Invitation and enter the passphrase, just like your friends did to join your game.

One last thing: All this shift-right-click stuff can get a little old. If you do this very often, you can automate the process of running EpicTable using a batch file that calls Windows' "runas" command. You can even create a shortcut to that batch file and put it in your Windows Start menu or on your Start Page. I'll leave those bits of polish up to you, but I'll show you the batch file I use to do this. I have one for each of my fictional test users. This one is for "Greg". The first time you run it, you'll be prompted for Greg's login, but thereafter, the /savecred should make that unnecessary.